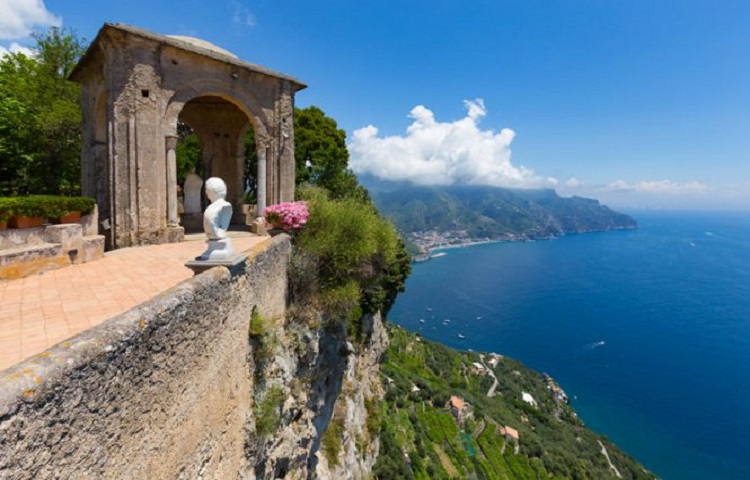 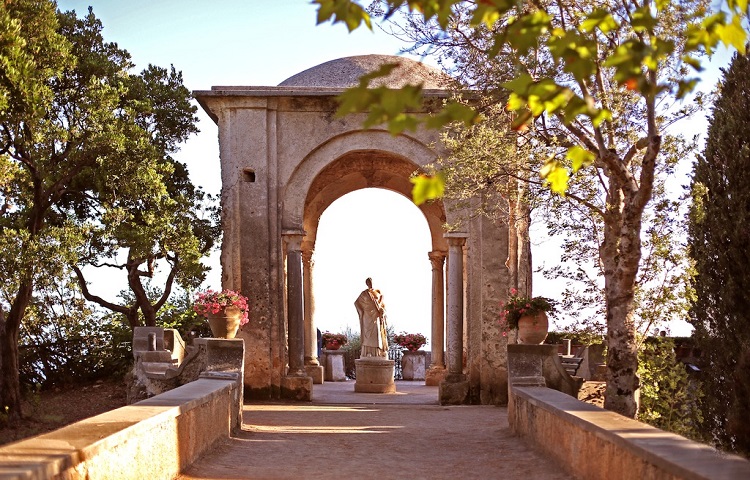 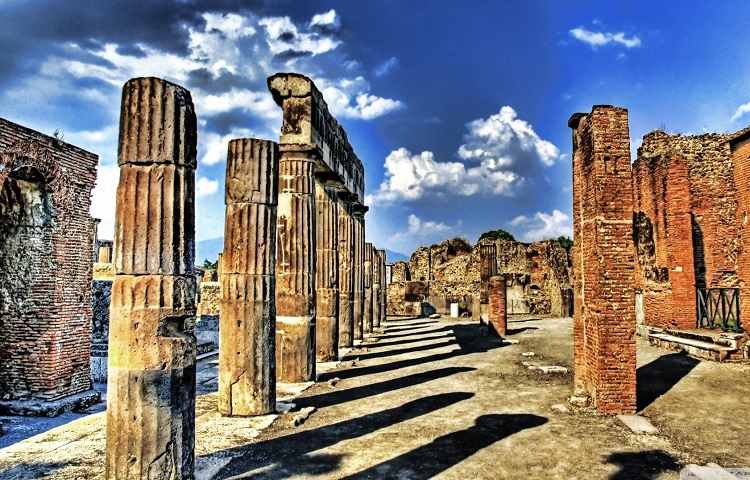 Assistant during the trip

The Villa Cimbrone complex consists of a historic building built on a rocky promontory overlooking the Amalfi Coast, and a huge park of about six hectares full of statues, fountains and various antiques. The visit to the gardens of Villa Cimbrone begins with the Cloister, enriched by sacred and profane decorative elements, including the seven deadly sins and the nine Norman warriors. Once you pass the Crypt, you enter the suggestive Viale dell'Immenso, full of ancient trees, flowers and exotic plants, eighteenth-century earthenware pots and bronze statues depicting Greek warriors. The avenue opens the way to the magnificent Infinity Terrace, also known as Porta del Sole, which shows incomparable scenery on the Gulf of Salerno, the nearby coastal towns and the Cilento mountains. After passing the Poggio of Mercury, going down some stairs and going along a path, you will reach the Temple of Bacco, clearly inspired by classical themes and supported by eight Doric style columns. Then it is the turn of the Cave of Eve and the bronze of David, reachable after climbing on a steep staircase in the middle of the grove, among rare wild orchids. Further on there is the Roses Terrace, which houses a sundial in the center of light stone, and on the outer sides four ornamental statues representing Flora, the goddess of Flowers and Spring, Leda with the Swan of Leonardo, and wrestlers Damosseno and Greucante. The Tea Room, preceded by a splendid Italian garden with flowerbeds of old roses, and the Viale delle Ortensie, surrounded by trees of stellar magnolia, ginko biloba, giant dahlias and colored peonies. In the afternoon you will be guided to the ancient town of Pompeii which  is known throughout the world for the tragedy that hit it in 79 AD, when the rich Roman city was buried by the eruption of Vesuvius. An immense tragedy that, however, has allowed us to find an intact historical testimony, a cross-section of common life in the greatest empire of antiquity, unchanged after almost two thousand years. The excavations allow the tourist a leap in time, a total immersion in a vanished world of which our Western civilization bears the "DNA" and which shows itself without sequins or tricks, but with its magnitudes and its miseries. The excavations allow us to visit the good living room of the temples, the public buildings, the rich patrician villas, but also to stroll among the ancient shops, the popular houses, the "taverns" where the common citizen unraveled his life. Particularly touching is the sight of plaster casts, a "snapshot" of the agony to which the ancient Pompeians were subjected by the hot gas coming from Vesuvius. 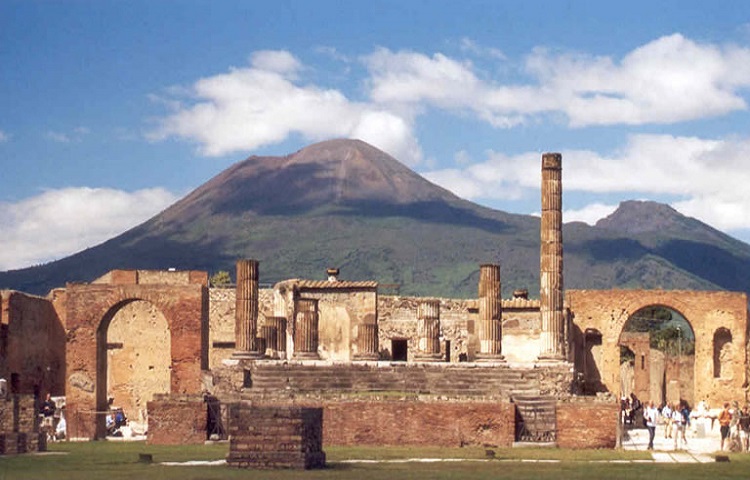 € 2700
You can find this products in the following categories:

By continuing to browse you consent to the use of cookies, including third parties, from this site. More info and directions to deny consent.